Roman Zaikin and Dikla Barda, recently unveiled new vulnerabilities in the popular messaging application that could allow threat actors to intercept and manipulate messages sent in both private and group conversations, giving attackers immense power to create and spread misinformation from what appear to be trusted sources.

They observed three possible methods of attack exploiting this vulnerability – all of which involve social engineering tactics to fool end-users. A threat actor can: 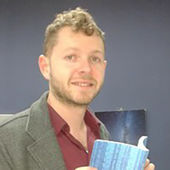 Other Presentations at ICS Cybersec 2018